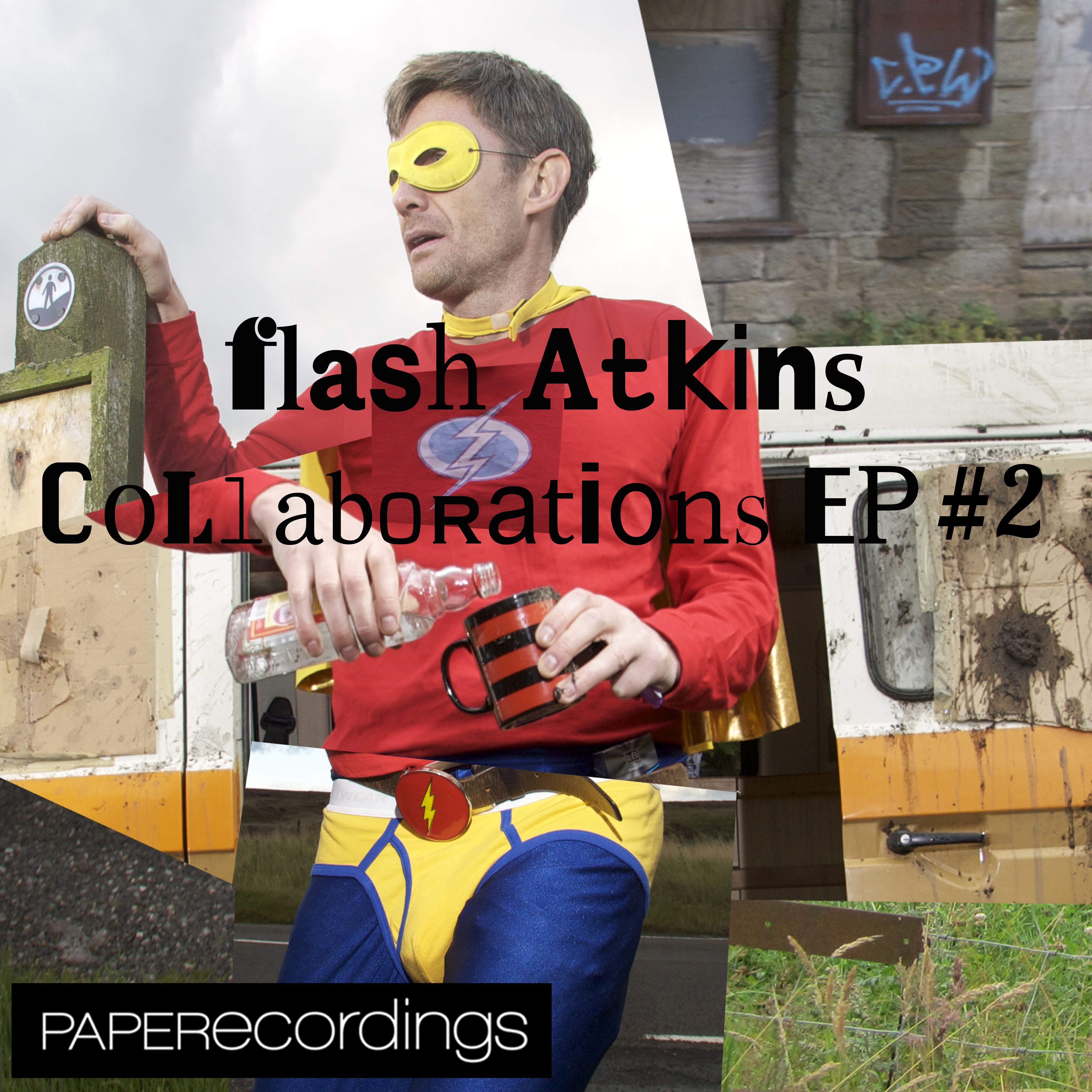 Resident Paper munter and self soiler Flash Atkins is back with a second EP of collaborations. The first found favour with people like Danny Krivit, Bill Brewster, Crazy P and Moodymanc and was heard playing everywhere from The Warehouse Project to Croatian boat parties.

Flash?s first studio victim was young gun Chris Massey which resulted in a deep tribal house throbber that?s heavy on atmosphere as the first half builds around an arp, sub and subterranean percussion. For the drop the mood lightens with a Rhodes and 80s synth line as all the elements are re-introduced for maximum dancefloor dynamics.

Daco’s head was next on the Flash?s studio block and their track Vowerk is named after a breed of chicken. Fact. It’s a super-heavy slice of main room tech-house built around a distorted arped bass that summons up the spirit of John Ciafone and Mood II Swing.

Manchester veteran Neil Diablo didn’t know what he was getting in to and by the time he’d worked it out they were two tracks down. Nezulka is deep house at it’s finest and on a Hot Creations tip but without the whiff of sunglasses in nightclubs. Swinging drums and analogue bass keep it ticking over before the synths in the second half mellow things out to drag you out the K hole you may have been sliding in to.

The EP is rounded off with some 90s vibing house that?s got a bit of Balearic business going on. With samples firing off the track builds to the break where the organ does it’s sunset thing. But wait, is that a male vocal singing Hey Yeah as the drums drop? By golly it is and doesn’t it sound fine!

Moodymanc – Excellent vibrations from the most motley crew in dirty disco…

Stuart Knight (Toolroom) – NEZULKA is the one for me …dope !!!

Jonny Miller (Southport Weekender) – Flash Atkins, total loser so thank god someone else is on hand to help here. I love the bass edge on ‘Vowerk’, one for the shufflers at Southport maybe? The Neil Diablo collar cuts also worked very nicely, great EP!

Da Sunlounge – Sodium is very nice, will play this.

Bootsy – The Neil Diablo collab Nezulka is my pick and love the vocal sample. But may I say the Daco track Vowerk doesn’t half kick eh? A close second!

Leri Ahel (Mutant Disco Radio Show) – Great EP, Vowerk is the one for me.

Ed Mahon (Cowbell Radio) – Loving everything about the Dirty Protest!

Dogan Aktay – I think the Neil Diablo ones stand a head above the other two but I like the overall coherence of the release.

Russell Politt – Got quality stamped right through this – brilliant EP.