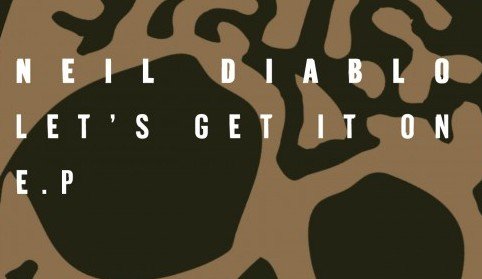 Neil Diablo, one of Manchester’s unsung heroes steps out from behind the decks to release an EP of future music that ranges from peak time deep house to slo-mo disco.

Neil Diablo – Let’s Get It On EP

Neil Diablo has been a cornerstone of the Northwest’s club scene over the past ten years through his El Diablo’s Social Club, which has been a bastion for all things disco and house. Booking guests like Greg Wilson and Eric Duncan, it is well known that Neil is the DJ that the crowds go to hear. Out of the night has sprung EDSC Recordings and his vinyl only disco edits as Evil K’Neil on KAT Records that are highly sought after, selling out in days.

Let’s Get It On is deep tribal business headed straight to the main room. It’s teeth are shown once the organ synth comes in for proper heads down foot to the floor deep house that bites. The latter half of the track gives the 303 a run out and it’s all boxes ticked!

Yr Mnd Yr first saw the light of day on the Paper Cuts # 1 compilation earlier in the year, finding favour with DJs like Justin Robertson, Andy Ash and Love From Outer Space’s Sean Johnston. Here he strips things back for a dub that is tough house music, drawing equal inspiration from Detroit, NYC and Chicago.

Finally he flexes his disco muscles on Take Two. Taking things right down, it’s a rolling funk groove with an off-kilter bass, delayed synths, dub stabs and a sample that does it’s thing in slo-mo style. Music for the head and feet.

Marius Våreid – Take Two is a monster. Love it!

Q-Burns Abstract Message – Take Two for me, hands down. Slinky strut … I dig it.

Cowbell FM – Another quality release, although I’d expect nothing less from the man. Yr Mind Yr is still one of my favourites of this year, but I like the sleaziness of Take Two.

Andy Toka (Inland Knights) – Nice EP, for me the lo-slung vibes on take two are the buisiness, cool tune.

Kahuun – Oh, I love that bass in Let’s Get It On! Proper release lads!

Martin Brew -Nice deepness all round!

Death On The Balcony – Take Two is the one!