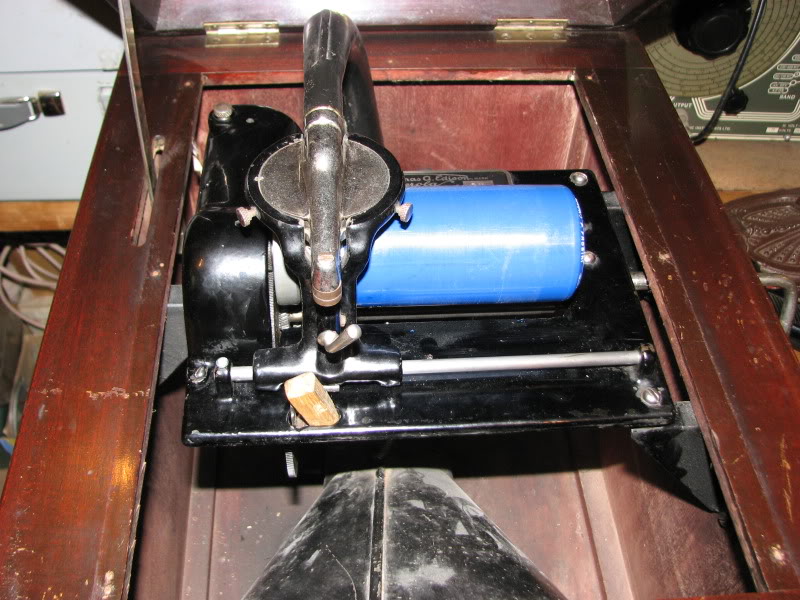 The phonograph was invented by Thomas Edison on 18 July 1877. His first test used tin foil wrapped around a hand-cranked cylinder.[1] Tin foil was not a practical recording medium for everyday use and commercial production. Within a few years Edison developed wax cylinders licensed by Charles Sumner Tainter, Alexander Graham Bell, and Chichester Bell, as the American Graphophone Co.

By the late 1880s wax cylinders were mass marketed. These had sound recordings in the grooves on the outside of hollow cylinders of wax. These cylinders could easily be removed and replaced on the mandrel of the machine which played them. Early cylinder records would commonly wear out after they were played a few hundred times. The buyer could then use a mechanism which left their surface shaved smooth so new recordings could be made on them. In 1890 Charles Tainter patented the use of hard carnauba wax as a replacement for the common mixture of paraffin and beeswax used on phonograph cylinders.

Into The Valley – Hebden on the Skids

Archive Reactions from the beginning of Paper………
Scroll to top