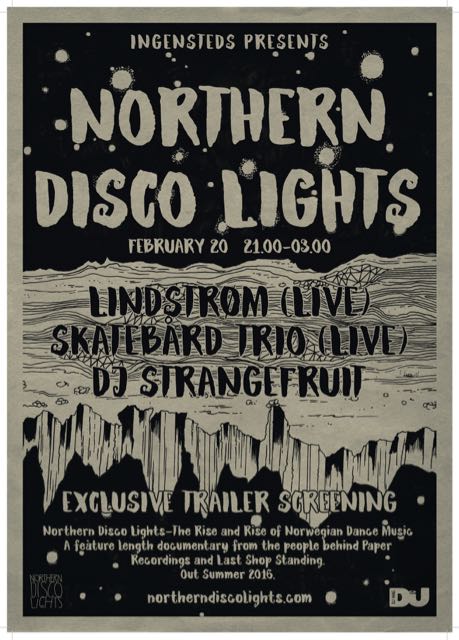 In the 70s and 80s Norway was known for oil, reindeer, Vikings and the Northern Lights. On the radio all you could hear was a mixture of local folk and used-up pop imported on the cheap as the country slid in to a Eurovision stupor.

That was until a group of teenage outsiders in Tromsø decided they had had enough. With only month old imported NMEs for company they set up a radio station, made synthesizers, threw parties and started to make music the like of which never had been heard before.

Word spread to other Norwegian towns and cities as like-minded kids recognised the call to arms.

Oslo had its airwaves and clubs infiltrated by a disaffected youth hungry to spread the word, drawing like-minded souls to the pulse. In Bergen a bunch of teenage friends started Tellé Records that captured the new sound and all they could do was hold on tight as the town became hottest scene on the planet. But on the eve of their breakthrough hit, the 23 year-old prodigy in the centre of the storm was taken ill with a fatal heart condition and died.

Out of the ashes of tragedy a new generation knew their time had come.

The rest of the world would soon catch up.

Paper Disco Launches with a Brew