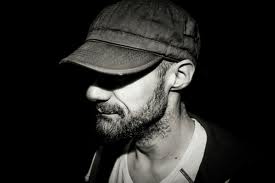 For Paper Radio 3, we interviewed beep beatster Cottam.
Here’s what he said :

Paper Recordings – How did you get into dance music?

Cottam – Through an old school friend of mine. I was listening to a lot of 80s soul & hip hop and he broadened my horizons to bleeps, squeeks and boom boom boom! When I started DJing there were bits of everything to be honest. Lots of early Italian house stuff with hardcore, you couldn’t pigeonhole the stuff I played! It was a whole melting pot of all sorts.

Paper Recordings – What gear do you work off?

Cottam – At the moment I just have a laptop. It takes up minimal space plus it’s in my front room where I have 3 children and lots of toys! I do what I can with what I’ve got.

Paper Recordings – What I like about your stuff is you get the groove and then ride it, which is a deceptively difficult thing to do.

Cottam – I think that comes from me as a DJ. When I was playing techno I was very technical and loved to mix & blend stuff for ages, chopping two tracks together to make something new. That’s probably why most of my own tunes are about 12mins long!

Paper Recordings – Do you play a lot of gigs and what is your favourite kind?

Cottam – I go through my quiet and busy periods but it’s going well at the moment. My favourite was about 2 months ago at a venue called Shanty in Moscow. It’s an underground complex that has tea rooms, a restaurant and a bar with a nightclub in the basement.
The night I was playing the club was closed as the sound system wasn’t working so they set up in the restaurant & bar area. I got to play stuff I would never have imagined and the crowd were really going for it.

Paper Recordings – What do you usually play?

Cottam – I can start off slightly techno at around 100bpm, playing into disco and house and picking it up with a bit more acid stuff. Then it’s up to 120bpm for some afrobeat and acid house. That’s my kind of night!

Cottam – Yes, I played there after a crazy Bank Holiday weekend last year. I flew out to Moscow on the Friday then straight back on Saturday for Fabric which was good but I was in a bit of a daze!
You get the crazy weekends then during the summer and later in the year it quiets down.
My ambition is to get our own night up & running all night somewhere. A pub that has a function room so we can do a barbecue in the day and get everyone outside eating, then take everyone inside later on.

Richard Seaborne – The Reasons Why