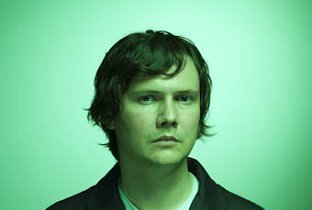 PR – How did ALFOS come about?

SJ – Jeff Barret from Heavenly Records introduced Andrew & me during the acid house days. I’d done some records for Sabres Of Paradise in the 90s then we drifted in & out of each other’s paths.
One day Andrew rang me to say his driver had let him down and could I give him a lift to Brighton. In the car he asked what I had to listen to and all I had was a mix CD I‘d done for my own amusement which I put on and he said, “this is really good, we should do something”.
He then did the Watch The Ride compilation and asked me to play at the launch which went well. Our mutual friend Nathan Gregory Wilkins from History Clock started booking for The Drop in Stoke Newington and he asked if we wanted to do something.

PR – Did it start with a definite concept?

SJ – The idea was that we would try to drop something slower and keep it under 122bpm. We honestly didn’t know if it would be just us and 10 mates in the bottom of this pub or whether it would catch on so it’s been a massive surprise to us both how it’s taken off.

PR – How do you play together?

SJ – At first I played really slow stuff for the first two hours then he played the last two. But when we played Electric Elephant he sprung it on me and said we’d go back to back which was a little nerve racking!
We tried 1 on 1 off then 3 on 3 off before settling on 5 each but there’s an unwritten rule that if one of us has a good idea then you can cut in.

SJ – Andrew plays CDs mostly. He still buys vinyl then spends hours transferring to CDs, which is quite a quaint concept!
I play off Traktor. I learnt on 1210s and have played both CD & vinyl but Traktor works best for me. I’ve used various controllers but am currently using a Native Instruments one.

PR – Almost weekly on Facebook there’s arguments from people about vinyl versus digital…..

SJ – Speaking personally I started buying records when I was 17 and probably owned in excess of 20k records so I don’t personally feel that I owe vinyl anything. But I’m making records and trying to work with labels that put out vinyl so I feel I’m doing my bit. At the end of the day, it’s music. I respect people’s points of view but for me it has to be about the music whether from vinyl, CD, digital tape or whatever…it has to make people move in a party!

PR – The artwork for ALFOS has a strong look, how did that come about?

SJ – Andrew had found a book in a second hand shop that had the illustration we used and in regards to the type, we wanted something that was very inter- war Germany. I spoke to our friend Logan Fisher who is a really good graphic designer about what we wanted and he got it exactly. Without giving too much away the rest is based on a Fritz Lang movie poster but we’d better not get too much into that!

PR – Has the night changed much from when it started?

SJ – The first year probably had 50/50 of old & new music. There wasn’t enough of the slow stuff to play 5 – 8 hours worth but over the course of the last 3 years there’s been a lot more of it made. We do play a lot of edits and stuff that sounds like it’s old but it’s actually new. Both of us dig like there’s no tomorrow and the sound sort of developed. The biggest influences are early proto house music & electronic disco and Andrew said it’s basically the result of 25 years record buying!
People still ask us what we play and we still don’t have a name for it. The ALFOS Facebook group has posts from members saying a track is an ALFOS tune because it’s slow but it needs more to it than being slow. It has to have that feeling, I know what that is and so does Andrew.

PR – What about the future?

SJ – As long as we’re having fun doing it and people are enjoying it we’ll continue. I can’t speak for Andrew but I think he enjoys a bit of company at the weekend!

PR – Have you done any productions together?

SJ – I did a remix for one of the Asphodells tracks and also for one of Craig Bratley’s tracks which will come out on a Bird Scarer compilation. A few people have approached us about an ALFOS remix but he’s very busy and so am I….but never say never.

PR – What’s going on with the Hardway Bros?

SJ – I just had a single out on Throne Of Blood which had a staggering response. I got the DJ reactions and I was taken aback, everyone from Richie Hawtin to Harvey has been playing it. I went on a remixing rampage last year which all seem to be coming out now; something for Max Essa, Headman,
Scott Fraser & Douglas McCarthy all should be out in a few of weeks and also something for Ewan Pearson & Sasse who are restarting Miserichord.

SJ – I can honestly say they have been the best times of my adult life! To be in Croatia with like-minded people and a friendly crowd in an idyllic place is amazing and it’s great to hang out with your peers in a relaxed environment and have a laugh. I can’t recommend it enough.

PR – Anyone you are looking forward to seeing this year?

SJ – Optimo are always a pleasure to see. Ewan Pearson of course who I really rate as being technically superb plus he plays stuff that I always wish I had! Last year one of the revelations for me was Krysko who I wasn’t familiar with but he’s a top chap and a very good DJ. The people of the Warehouse Project in Manchester are very spoilt having him as resident.